Classical Text Editor (CTE) is the most successful program, at this writing, for typesetting a critical edition of a text. There is other software available for creating such works, but CTE is the only one that comes with a visual interface.

Stefan Hagel wrote Classical Text Editor for Windows, but if you are using a Mac or Linux system, you have two options: 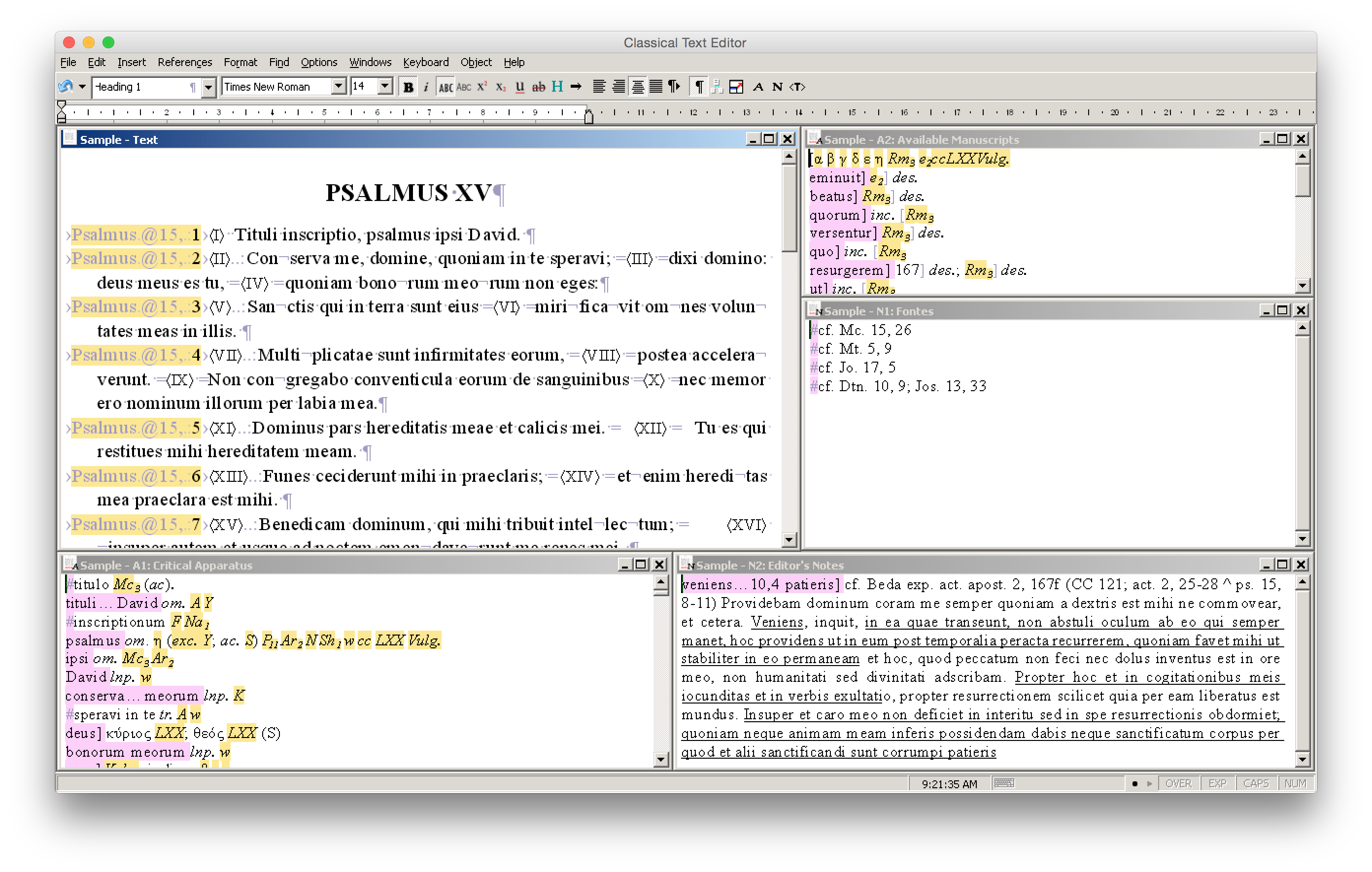 Wine programs need to be installed using the Terminal, simplified on the Mac using the Homebrew package manager. (Linux users can use a similar technique by installing Wine and starting with step 3.) This provides the most up-to-date software and does not involve additional licensing fees. You won’t need the Terminal after installing CTE.

The Terminal allow you to run Unix commands directly on your Mac. Follow these steps by opening the Terminal program in your Utilities folder, pasting the full line into the window, and pressing return to run the command:

To update the program in the future, follow the same technique as in step 4, but drag the update installer into the Terminal window rather than the original program installer.

To update to a newer version of Wine:

If you later wish to uninstall everything, run:

For a slightly more user-friendly installation method, CrossOver is a commercial package that guides you through the process (but does not improve the functionality of CTE itself). A previous version of this guide recommended WineBottler, a free alternative, but it no longer runs on newer systems.

Classical Text Editor’s built-in PDF creation mechanism will not work with Wine. It is possible to produce basic PDFs by installing VipRiser, a virtual PDF printer (detailed instructions), but there are issues with missing characters if you are using OpenType fonts.

CTE will not operate under a 64-bit Wine environment (the help system will not work, you will receive various error messages when running the installer, it cannot connect to the Internet, and so forth). If you find yourself in this situation, run rm -rf ~/.wine (deleting CTE and any other Wine files) and start again with step 3.